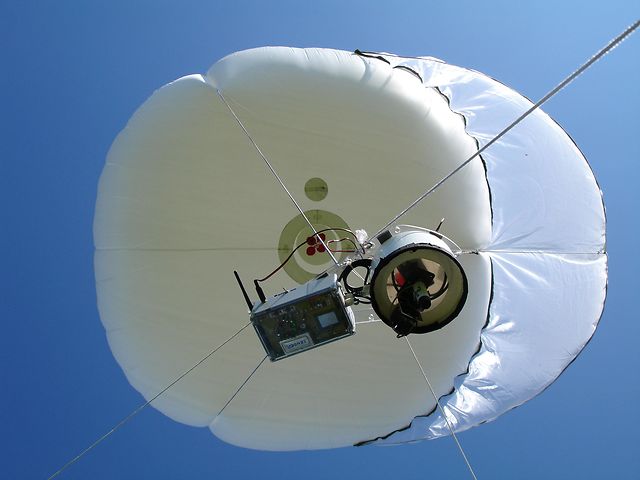 The visitor lies on a bed under a glass roof and is filmed with a camera suspended under a big helium balloon that floats right above the roof. The visitor sees himself on a screen while the balloon rises up higher and higher into the air. The camera zooms out over the roof, the streets, the city and the horizon. The visitor sees himself becoming smaller and smaller until he/she becomes a small detail in a dense urban environment. Periscope is an invitation to zoom out for a moment, out of the explosion of too much information, impressions and opinions and just lie down and catch up with the horizon. For some it resembles an out of body experience. The installation is to be visited individually and therefore the Â‘Horizon MachineÂ’, a mobile projection of the same images in a nearby space for the rest of the audience mostly accompanies it. 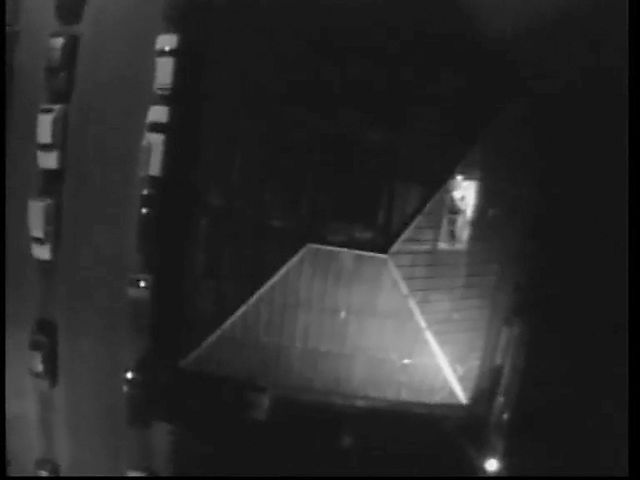 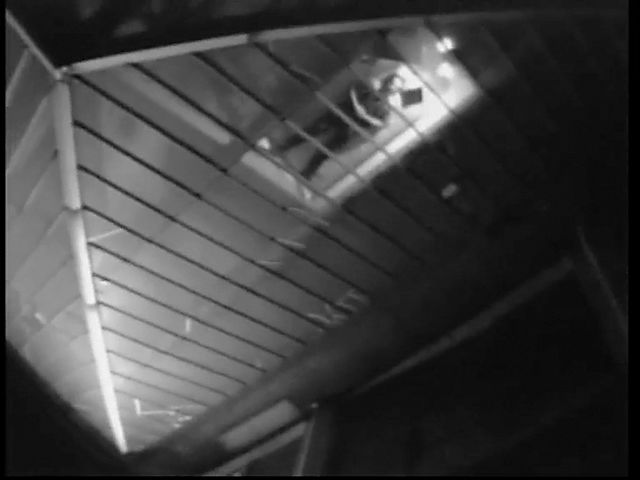 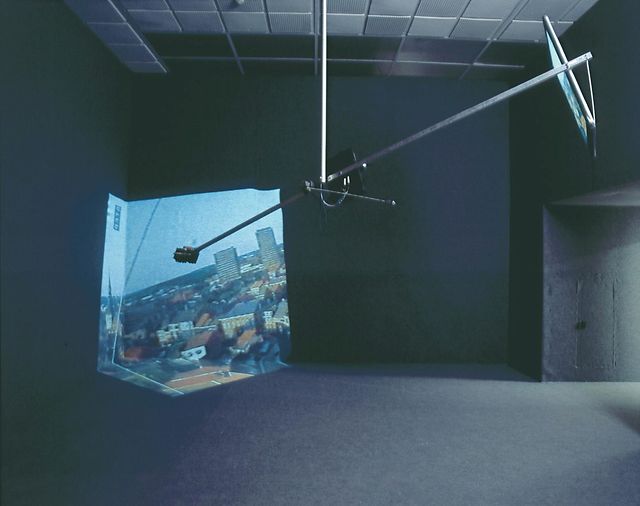 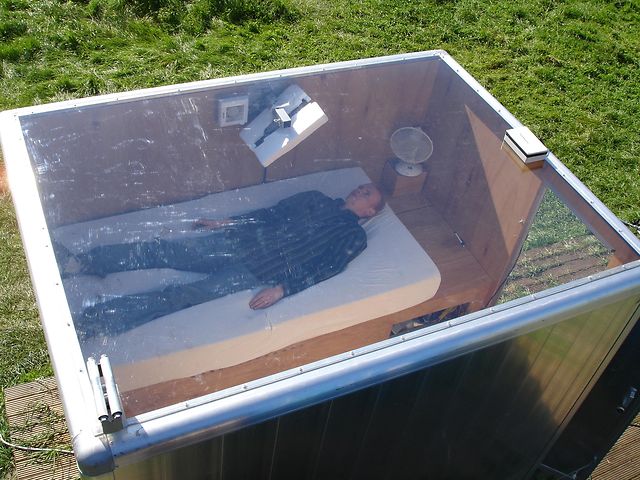 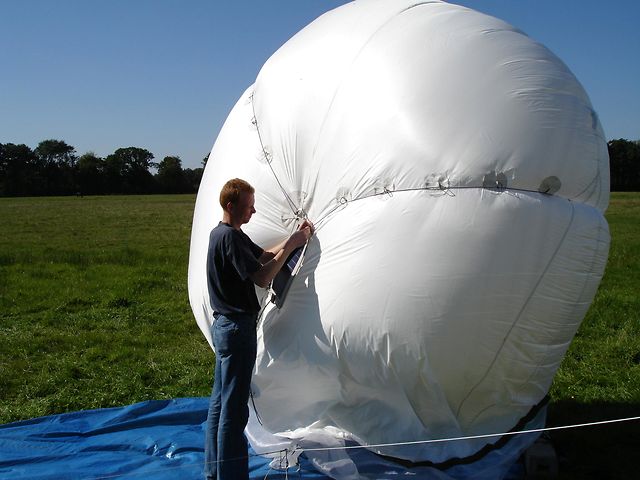 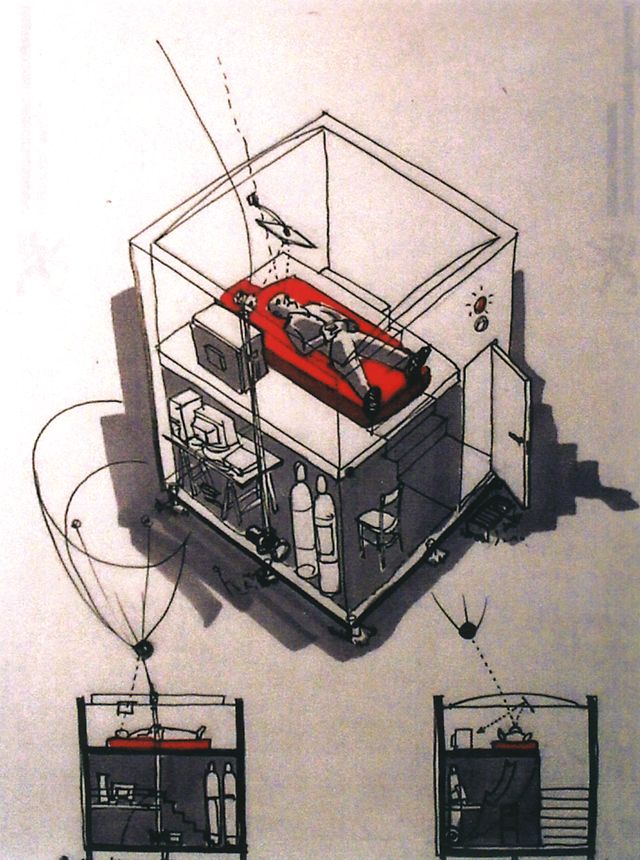